THE NUMBER ONE FIRE SUPPRESSION SYSTEM IN RACING IS MOVING TO THE WAREHOUSE!

We started with the race cars and have moved our way into other industries. We’re now into armored cars, boats, and airplanes. During the years of 2003-2006 the U.S. fire departments to a little over 1300 structure and vehicle fires. Which industrial loaders, forklifts, and other material handling vehicles were directly involved with the ignition of the fires each year. They have caused about $36.0 million in property damages. Along with the property damage it caused on average 22 civilian fire injuries per incident. With the increasing demands of safety in the workplace and the recent rash of machinery caused industrial fires. We have come up with a product aimed toward solving your problem. Each of our TM systems are available with a completely customizable design. Ready to mount to your application. (example pictured below.) 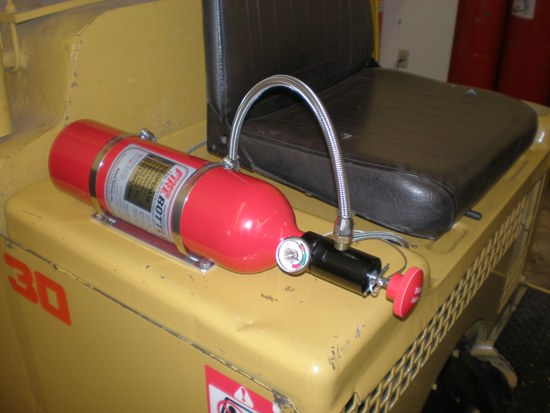 We have created several custom bottles over the years, including a system that could be purged off without setting the entire bottle off. This bottle was created for an application that would be contentiously going off that had a high chance of spark leading to fire, with this system they did not have to release all the chemical at once they were able to use a small amount in order to make the chemical last longer. (example pictured below) 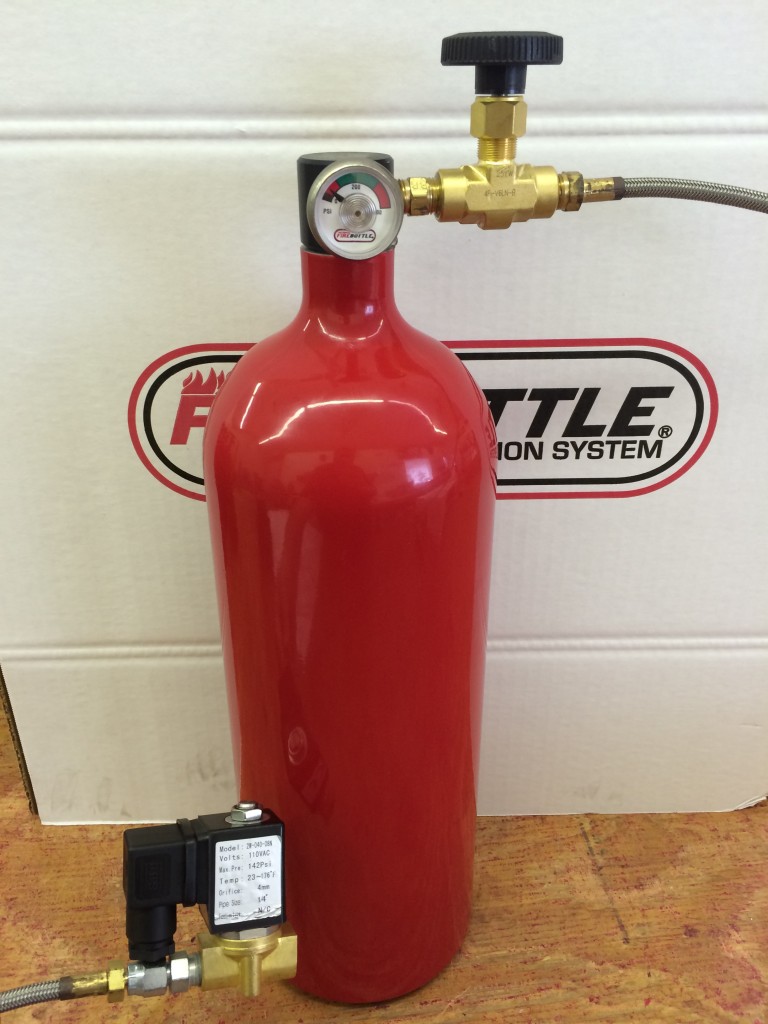 Our FIREBOTTLE has been in used in the following setups:

ALL DIRT LATE MODEL AND AUTOMATIC/MANUAL SYSTEMS ARE WARRANTED FOR 1 SEASON ONLY, AS WELL AS THEY SHOULD BE SENT BACK FOR ANNUAL INSPECTIONS. Dismiss